Home / About us / Regions / Queensland

The main cherry growing area of Queensland is the Granite Belt region of south east Queensland, centred around Stanthorpe. This region mainly involves smaller growers who use cherry production to supplement other farm income. Only a small number of enterprises use cherries as their main income source. Main production is in the Glen Aplin and “The Summit” districts of the Granite Belt, with smaller producers in the Amiens, Pozieres and Severnlea areas. This area produces 100% of Queensland cherries.

The main production season is late October to late December, with some early varieties starting in mid October with later varieties lasting until late January.

Free standing open vase is the main production system used, with some newer plantings using the open Tatura trellis system. Some growers are experimenting with other trellising systems. Bing, Stella, Lapin, Brooks and Early Sweet are the main varieties grown.

Other varieties grown include Early Burlat, Burgsdorf, Supreme and Empress. Varieties under test include Australise, Earlise, Kordia and some of the varieties from the Australian Breeding Program including Sir Tom, Sir Don, Dame Nancy and Dame Roma. 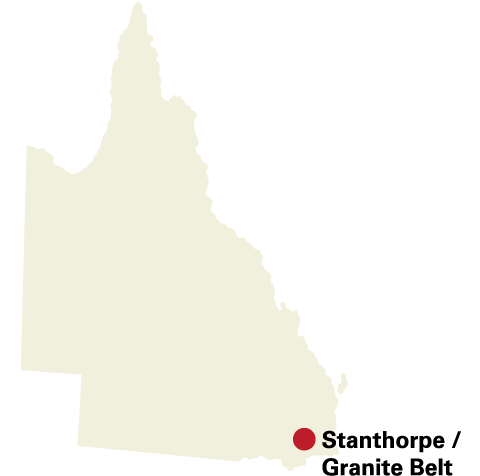